With renewable energy becoming more popular, it’s no surprise most people prefer solar energy. Solar energy has many financial and environmental benefits that will save you money and better the planet. Going solar will drastically reduce your electric bill because you will be able to generate most of your own power rather than purchasing from the grid. Adding a solar panel system to your home or business will also increase your property value.

In addition to all the financial benefits, going solar also is also great for the environmental by reducing your ecological footprint. One residential solar panel system will eliminate 3-4 tons of greenhouse gas emissions a year, which is the equivalent of planting over 100 trees. Therefore, if you are thinking about going solar for these reasons, the sooner the better!

How to Choose the Best Solar Panel

Additionally, the overall performance of the panel is very important. Performance can be determined by power and efficiency. First, power, measured in Watts (W), is the panel’s output under ideal conditions. Second, efficiency is how well the panel converts sunlight into electricity. Power and efficiency tell how much electricity the solar panel system can produce as a whole. The efficiency of solar panels will degrade over time, the lower the degradation ratio the better, but many panels have new technologies to minimize this drop in efficiency. Generally, you will see the largest efficiency reduction in the first year after installation, but this reduction will be less in later years.  Also, you may want to take into consideration other factors, such as warranty, temperature coefficient, and their resilience, depending on where you are looking to install panels.

SunPower is a solar energy company that used to manufacture and install solar panels. However, since 2020, SunPower has delegated its manufacturing to Maxeon and currently only installs Maxeon products. The majority of Maxeon’s solar panels are currently made abroad, contrary to many consumers’ perception that they are ‘Made in the USA’. Maxeon solar panels – SunPower’s panels of choice – are oftentimes much more expensive than their competitor’s equally advanced panels and they rely on standard cells, unlike Panasonic and others that move into half-cut cell technology.

Panasonic is one of the world’s largest manufacturers and a popular choice for homeowners. It is important to chose a company that can support you throughout the lifetime of your solar panels so Panasonic is a great choice since it has been in the market for a long time. Panasonic’s new model, the EverVolt panel, guarantees to provide a 92% power output after 25 years. That’s about 13% more power compared to what is offered by a traditional solar panel warranty. Therefore, it is also no surprise that Panasonic panels are highly rated and reviewed in the USA. 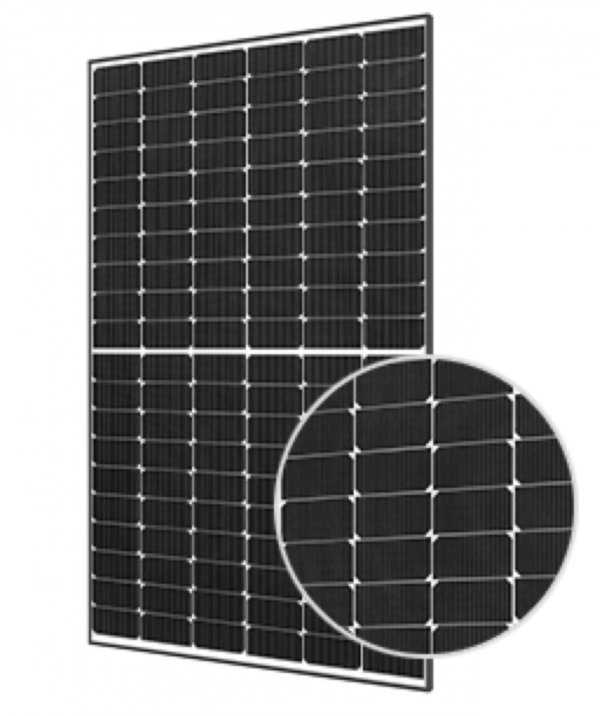 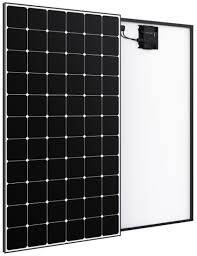 When comparing panels, Panasonic’s EverVolt EVPV400H and SunPower’s A-Series SPR-A400 have many of the same characteristics. They are both monocrystalline panels with a rated power of 400W, 25 year warranty, and 0.25% derating. SunPower’s panel has an efficiency rating of 21.4% and Panasonic’s panel has an efficiency rating 21.6%, making the panels comparable in this respect.

Panasonic’s panel has a total of 132 monocrystalline cells (half-cut cells) compared to 66 cells (older technology) on SunPower’s panel. Half-cut solar cells have an advantage over the standard cells because they have a greater shading tolerance in addition to an increase in panel efficiencies by a few percentage points. Also, half-cut cells are more physically durable than their traditional counterparts because they are smaller in size, thus, more resistant to cracking.

Another difference between the SunPower panel and the Panasonic panel is price. Even though the panels have the same or similar characteristics, SunPower’s A-Series SPR-A400 is much more expensive than the Panasonic EverVolt EVPV400H panel which makes the latter the popular choice for home/business owners that are looking for high-quality solar panels.

To learn what option is best for your home, connect with our solar consultants by either calling (877) 772-6357 or by filling out the form below.

*By clicking “Submit,” I authorize NuWatt Energy to call or text me about its products and services at the number I’ve provided, even if my number is on a “DO NOT CALL” list. I understand that my consent is not a condition of purchase and that I may opt out anytime. Message and data rates may apply.