What is an Inverter?

The main function of inverters are to convert the direct current (DC) into alternating current (AC), so all the appliances can use electricity. They are vital to the functionality of your solar system given the fact they have complex parts and software installed. Choosing panels and other materials are essential to choose the best type of inverter. There are 3 types of inverters:

String inverters are the most popular option and are the best option especially for bigger systems. However, options 2 and 3 have gained popularity in the market since their prices have decreased in recent years. Listed below are the best two companies that manufacture inverters: Enphase and SolarEdge.

Enphase Energy is a publicly held company based in Northern California and it was founded in 2006. They manufacture batteries, inverters, and other accessories. Their inverters make the solar system more productive, reliable, smart, and safe for customers to use it. Inverters deliver optimized output in an elegant design that is very aesthetic and durable.

Solar Edge is becoming a popular choice in the USA due to its unique design. The company with headquarters in Israel was founded in 2006 and offers a wide range of inverters for residential and commercial use. The company offers PV Power Optimizers, PV Monitoring Portal, and Solar Inverters. They produce inverters that use power optimizers to maximize power generation from every single panel. Customers benefit the most from knowing they can have data from monitoring each panel so they can reduce the impact of shading and other performance issues.

SolarEdge has a solar panel optimizer that is attached to each panel which are all connected to one inverter. That means that if one of the panels is in shade, the rest of the modules are unaffected. The same is true for Enphase, but the difference is that SolarEdge sends the DC solar power to one inverter. In comparison, Enphase’s micro-inverters convert the DC to AC immediately at the roof.

What happens if SolarEdge inverter or Enphase micro-inverter malfunctions?

Enphase and Solaredge dominate the high-end residential inverters market in the United States. Although both offer a technology that isolates the performance and enables the monitoring of each individual panel, their modes of failure are quite different.

As mentioned above, a SolarEdge system is composed of optimizers; one optimizer per solar panel, and a string inverter that centralizes the DC currents from the optimizers and converts it into an AC current. Most of the failures we noticed in SolarEdge installations happen at the inverter level which means that the entire system will cease to produce power until the inverter is fixed or replaced.

Of course, if the inverter is under warranty, this doesn’t mean that you are out of luck. NuWatt Energy will make the necessary steps to get the problem fixed for our clients – provided that the inverter is still under manufacturer warranty.

Enphase warranties the micro-inverters for 25 years. If any repair is required, your inverter will be replaced at no additional cost to our clients by our technicians.

Scalability matters to clients who project an increase in their future power demand in case of adding an electric vehicle, or add a large battery backup system for example. Theoretically, you can add an unlimited number of panels (some modifications may be required of course) when you have a micro-inverter system but you may have to change the central inverter if you want to increase the number of solar panels. 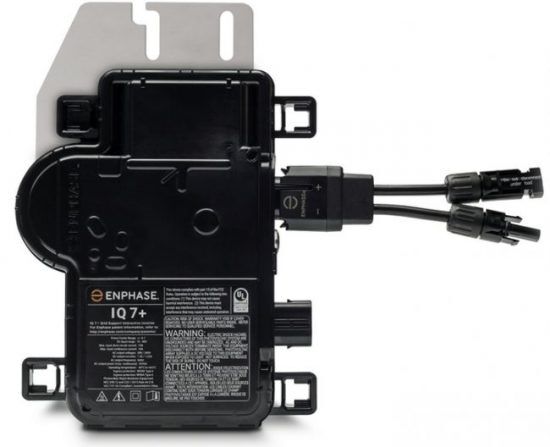 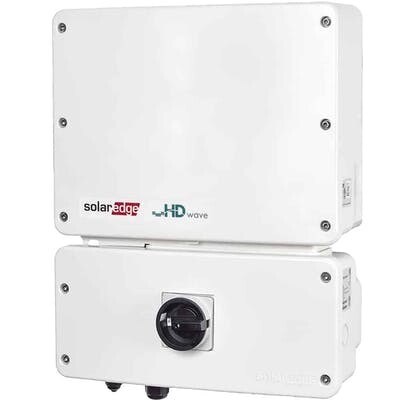 Would you like to learn which Inverter is the best option for you?